This Moomin card from Sweden came on Monday. It’s my third Moomin card. Although the Moomins I had received before looked so happy, this Moomin looks a little angry:

What’s he going to do with that hammer and pair of pliers? I have no idea!

And I have another of these cozy winter-wear stamps:

Fuzzy knitted socks! I love it. I just finished knitting a pair of socks for my boyfriend. I made them too big, but they do their job well.

I have three new UNESCO cards, and one potential UNESCO site, from around Europe.

The Engelsberg Ironworks in Sweden are remarkable because they were very advanced for their time and helped Sweden lead the world in high-quality iron production in the 17th and 18th centuries. I had no idea that Sweden was known for its iron! This card comes from merjade. 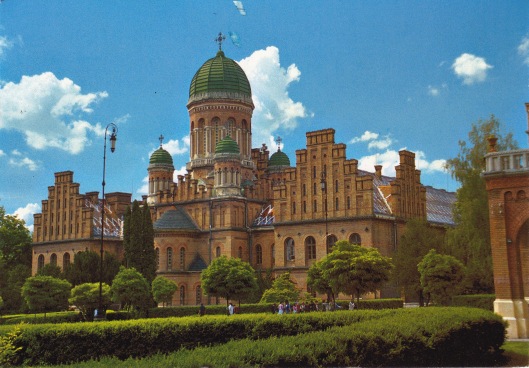 The Residence of Bukovinian and Dalmatian Metropolitans in Ukraine was built between 1864 and 1882. This card shows just a small part, the Church of the Three Saints; the entire site is indeed a “palatial complex.” The complex is now used as a university (what a nice place to study!) This card comes from gapusik.

The Palazzo Madama is just one of the palaces included in the Royal Houses of Savoy UNESCO listing. The House of Savoy apparently needed a lot of real estate, because there are 14 other palaces in Turin and the surrounding countryside that also belong to this site. The House of Savoy was very influential in Italy. After forming in the 11th century, the house grew in power and eventually ruled Italy between 1861 and the end of World War II. This card comes from dibierre55. 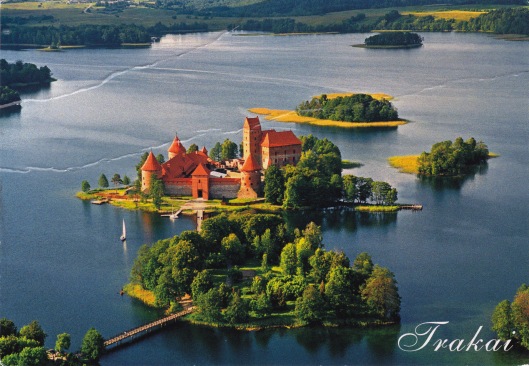 Trakai Castle is located in Lithuania. I chose this card because the castle is so picturesque, out on that island in the middle of a lake. I didn’t even know it was on the tentative list. But now that I know, I hope it gets added to the list, because I want it to be preserved so I can visit it someday. There is something very alluring about places on small islands.

Since this post is already so long, I’ll just let you enjoy the stamps without me talking: 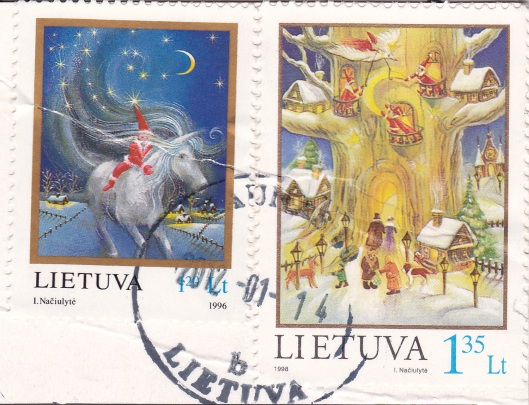 That’s all for today! At my last calculation, I have 31 UNESCO cards representing 29 different sites.

I’m trying to collect a card sent from every country in Europe. There are a lot of countries, but I got two new ones last week. As a bonus, they are also two new UNESCO cards! 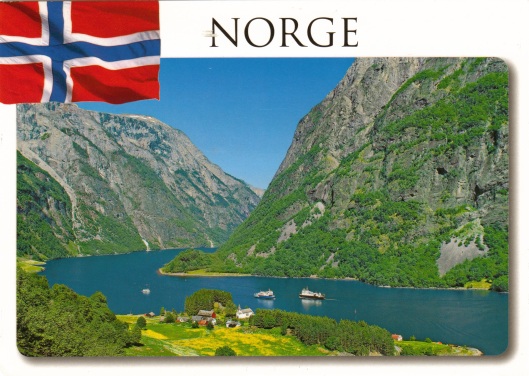 From Norway_girl comes this card of Nærøyfjorden, one of the West Norwegian Fjords listed on the UNESCO list in 2005. A picturesque fjord seems like a great way to represent Norway in my collection. Also, I love the word ‘fjord.’ 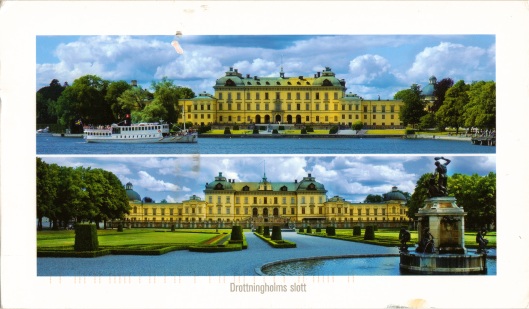 This card comes from vykortsfantas who was visiting Sweden for the holidays. She sends this card of Drottingholm, the residence of the royal family of Sweden. This site has been on the UNESCO list since 1991. Drottingholm means “queen’s islet” and the palace is in fact on a small island in a suburb of Stockholm. I love the top view with the boat sailing past.

The stamps from these cards are perfectly wintery: 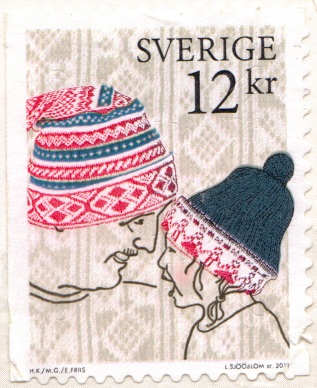 Now I just need a card from Denmark to complete Scandanavia!