any official cards sent or received through the postcrossing project 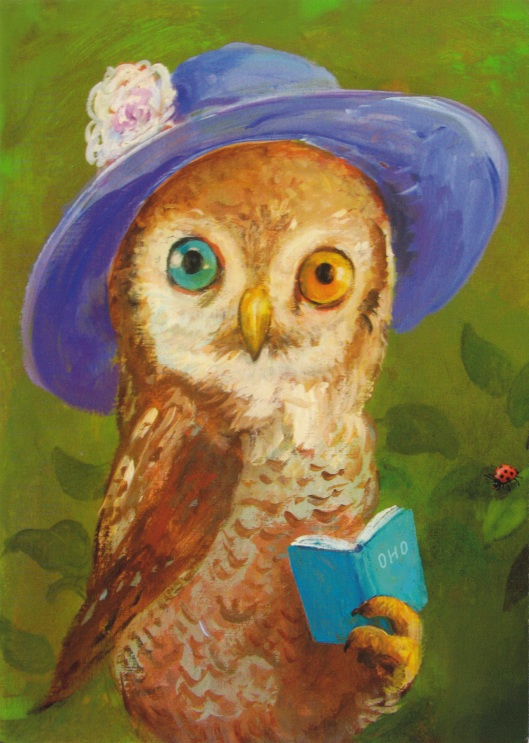 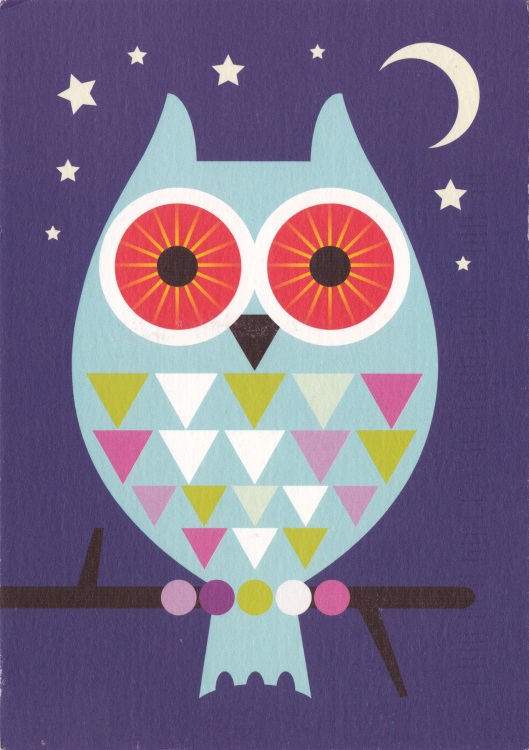 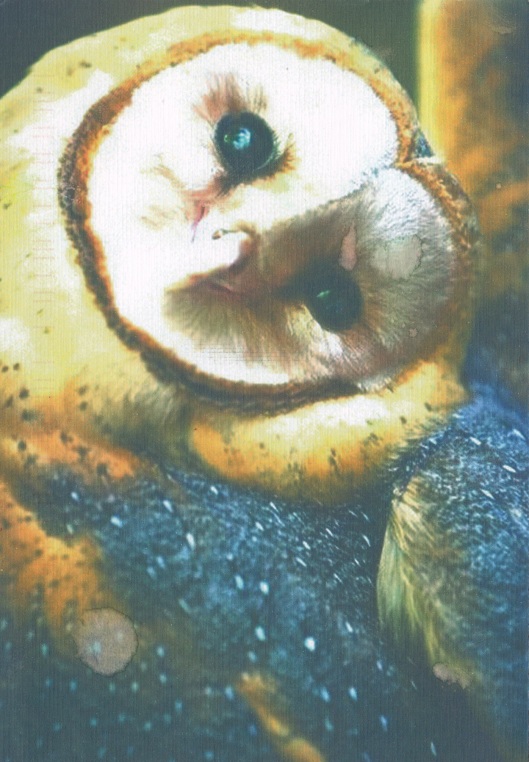 Today we have some high-up city views. First is this Postcrossing card from Brazil, sent in June 2014. It shows the famous Rio landmark, the statue of Christ the Redeemer. 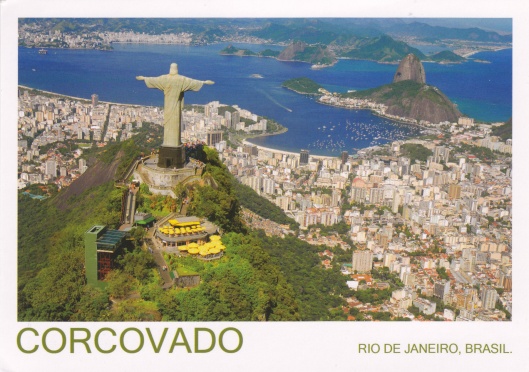 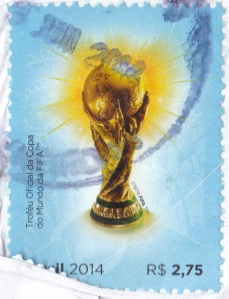 And the stamp shows the trophy for the FIFA World Cup.

Second is a mystery city that comes from Malaysia via a private swap. I assumed it was a city in Malaysia, but a Google image search seems to point to it actually being an aerial view of Dubai. The only text on the back is “Laverton,” which Google tells me is a town in West Australia, population 340. I suspect that this is not the identity of the city on the card.

That’s all for today, see you again tomorrow for another installment of postcards from quarantine.

Hello again readers, today I have two Postcrossing postcards to share with you. 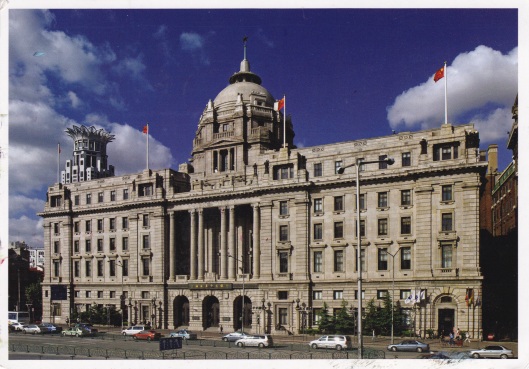 The first comes from China in July 2013, and shows the headquarters of the Shanghai Pudong Development Bank, the HSBC Building. The sender writes that this building was built a few hundred years ago, but was in fact built in the 1920s. With how slow time has been passing while our social distancing/stay at home order has been in place, the 1920s certainly feels like it could be a few hundred years ago. 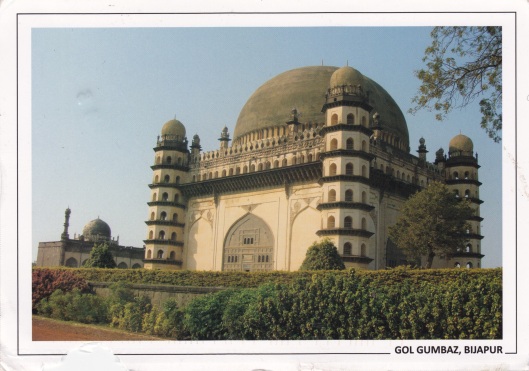 The second card comes from India in October, 2013, and shows Gol Gumbaz, the mausoleum of Muhammad Adil Shah II, who ruled the Sultanate of Bijapur in the 17th century. Somehow, this postcard arrived to me without any stamps, but I don’t think it was sent in an envelope, because there are postmarks and a barcode printed on the card. Just, no stamps. Did they fall off in transit? Or were there never stamps on it and it got here anyway?

Let’s go for something cute and cheerful today. It is nearly the weekend, so things should be looking up, right? 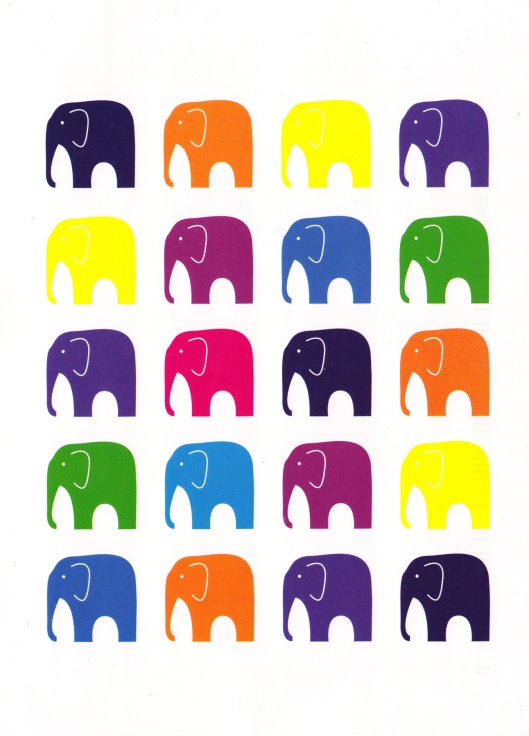 A herd of colorful elephants, from a Postcrosser in Canada. It is dated April 15, 2013. 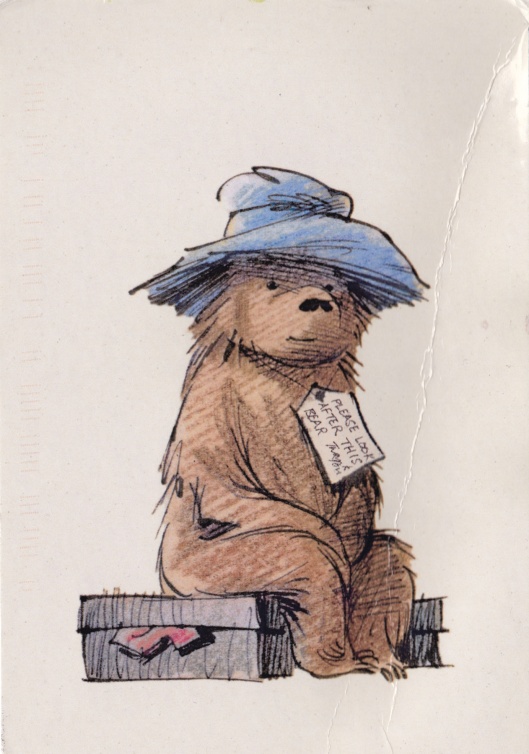 And a Paddington Bear card from England, from a Postcrossing forums swap. I loved Paddington Bear as a kid, and I had a stuffed one that I carried around with me. He came complete with the hat, raincoat, and very tiny, removable Wellington boots.

Today I have a plethora of owls for you! 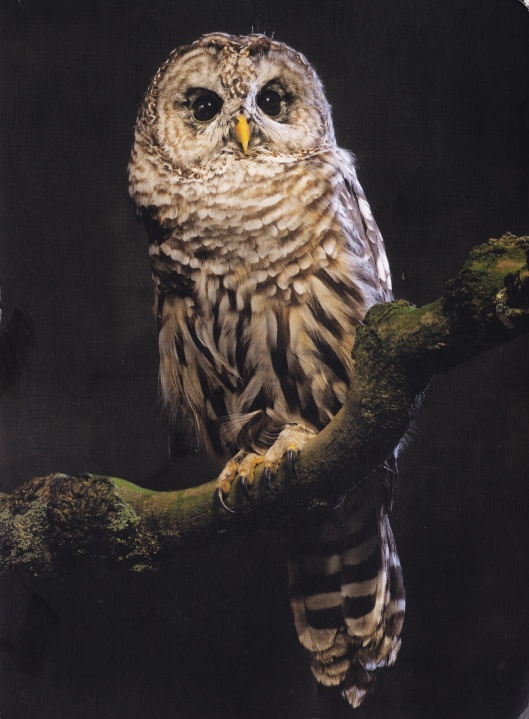 First is this Barred Owl, Strix varia. Although a typical North American owl, this card comes from BeckieJayne in the United Kingdom, via the Postcrossing forum 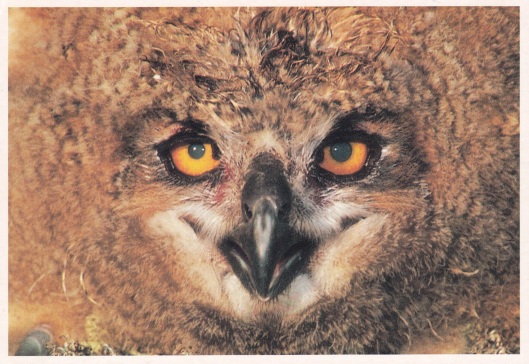 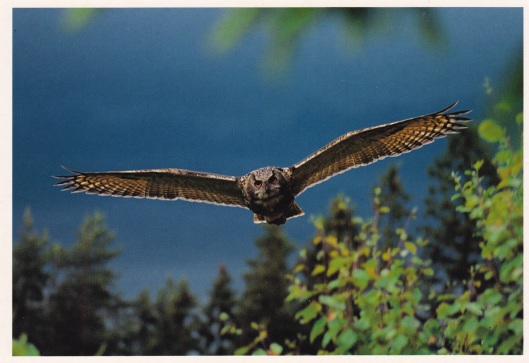 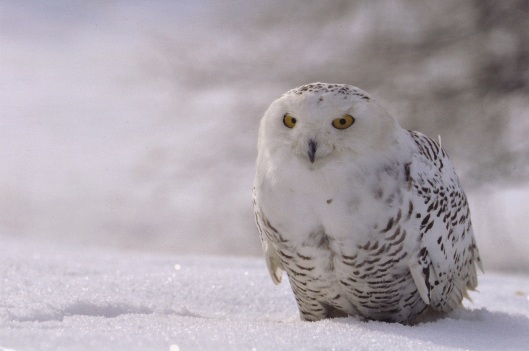 Here is a snowy owl from Martuchaa in Poland. 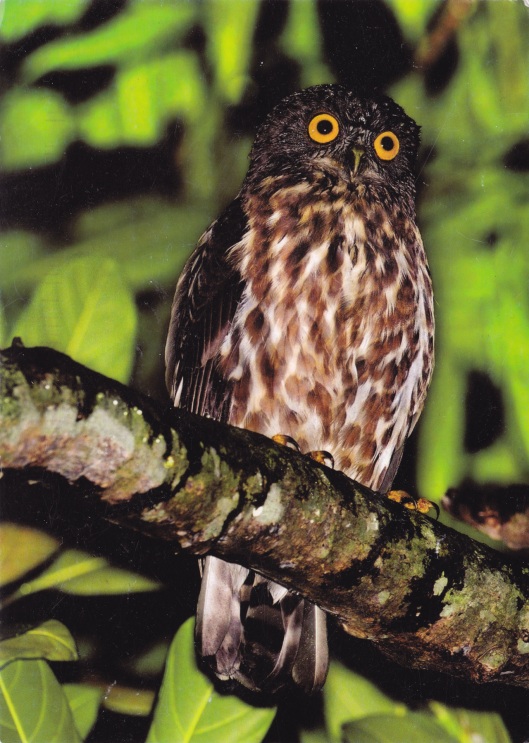 And finally, this card came as an official Postcrossing card from Taiwan. I am not sure what species this owl is, because the card doesn’t say.

Here are the stamps! 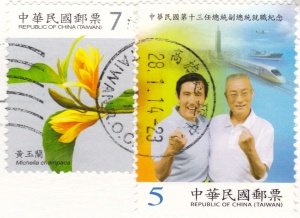 And the stamps from Taiwan. 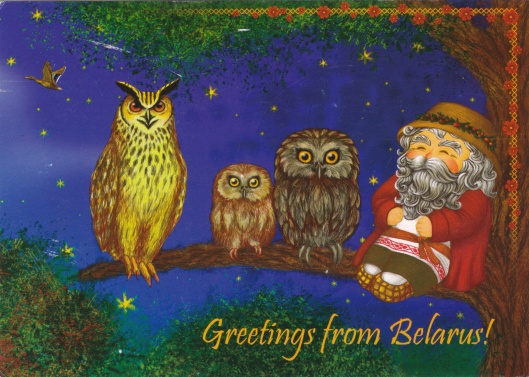 First is this Postcrossing official from Belarus, which I don’t think is actually a Christmas card. The little guy is called Damavik, a house elf in Belarusian folklore. He reminds me of Santa Claus, though, and cheerful Christmas things, so I thought I’d share him today. And it came with a great stamp:

The stamp commemorates the Belarus National Opera and Ballet and was released in 2013. 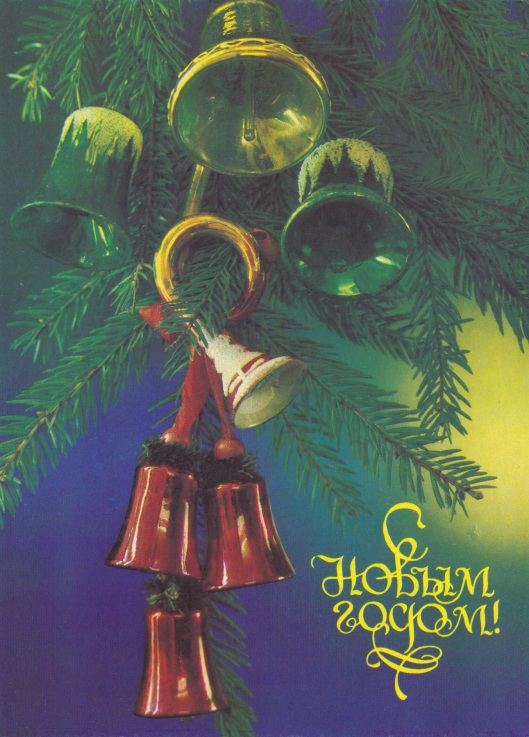 And second is a card from Russia, which I think I got in a private swap from the Postcrossing forum, but I did receive it a while ago and I can’t remember.

Continuing the week of Chinese UNESCO, started with this post on the National Day of the People’s Republic of China. Today, we take a look at two of China’s UNESCO sites that incorporate nature:

I say “sites that incorporate nature” because despite the sites being quite natural looking, the first site, West Lake, was listed under cultural criteria. The West Lake was highly influential to Chinese painters, poets, and garden designers. There are many temples, gardens, and pagodas around the lake. It was listed as a World Heritage Site in 2011.

This card was sent to me by a Postcrossing forum member. 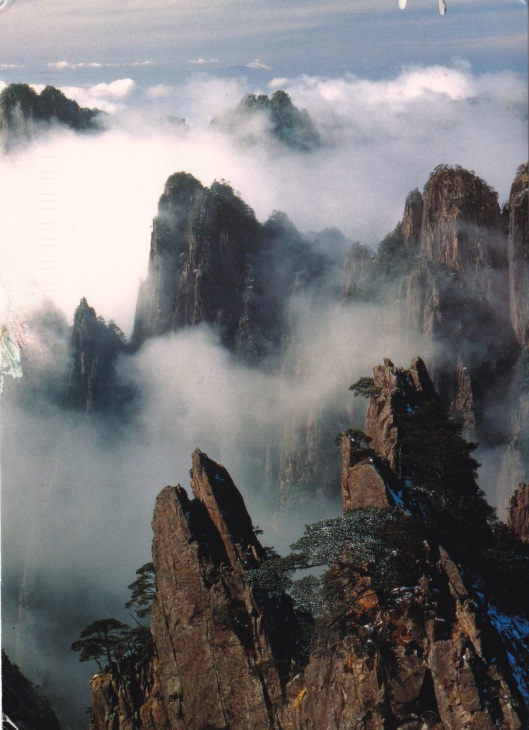 And the second is the mixed cultural-natural site of Mount Huangshan. Huangshan is a mountain range in southern China. It was listed as a World Heritage Site in 1990 because its unique scenery is a common subject of traditional Chinese painting and literature, as well as modern photography.

This card was sent to me as an official Postcrossing card.

Come back later this week for part 3 of the Chinese Week!

Today I have a collection of art cards to share with you. 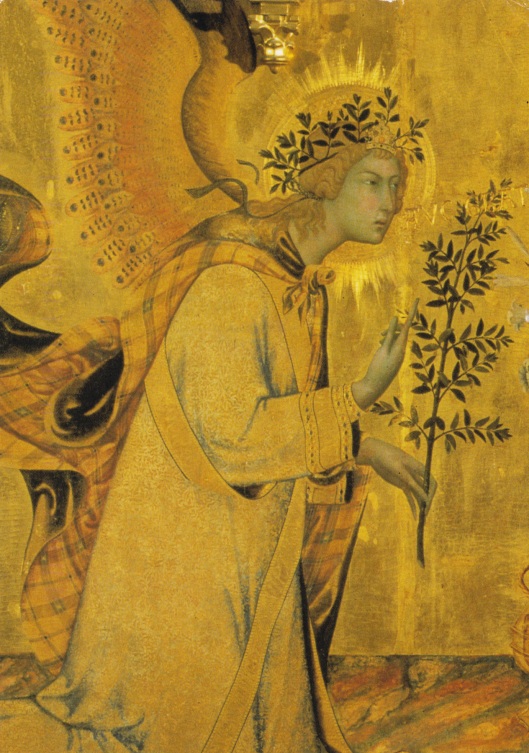 First is this Postcrossing card from Germany. It shows some artwork from Sandro Botticelli, the early Renaissance painter. 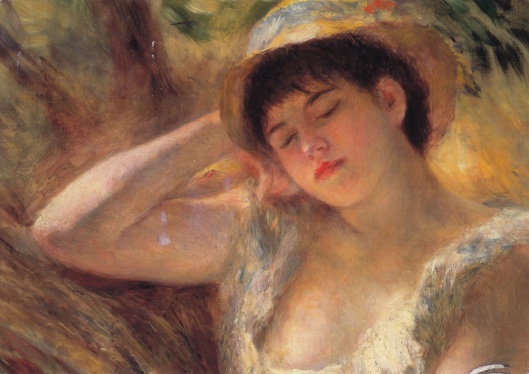 Second is another Postcrossing card from Germany, showing a painting by the 19th century French artist, Pierre Renoir. Renoir is one of my favorite artists. The back of the card says that the title of the work is “Schlafende” or “Sleeping” and that it was painted in 1880. 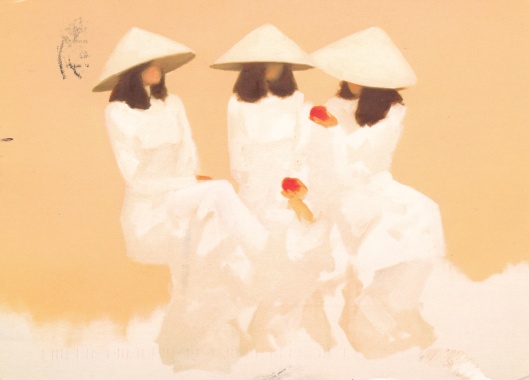 Next is a card sent from a Dutch Postcrosser. The card shows a painting called “Conversations” by Nguyen Thanh Binh. This card was printed by IKEA, which has surprisingly nice postcards that don’t even require assembly. 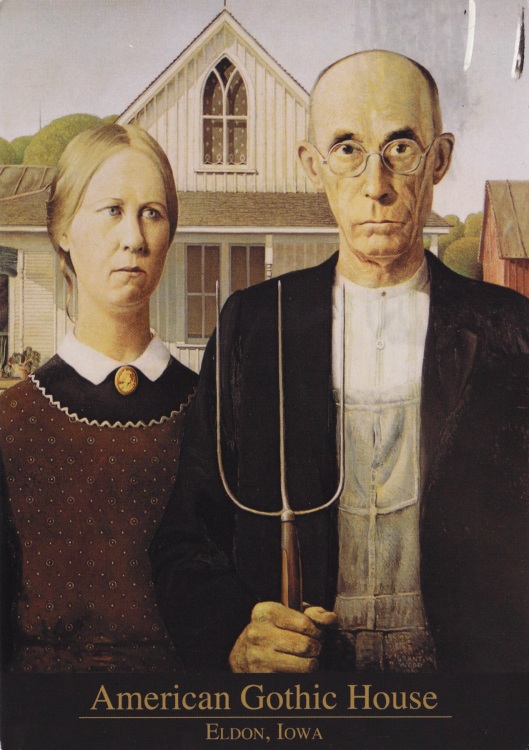 And finally, Grant Wood’s classic painting “American Gothic,” painted in 1930. This card was sent by Jennifer in Nebraska, who had visited the American Gothic House in Iowa. 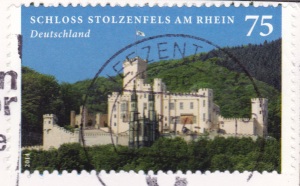 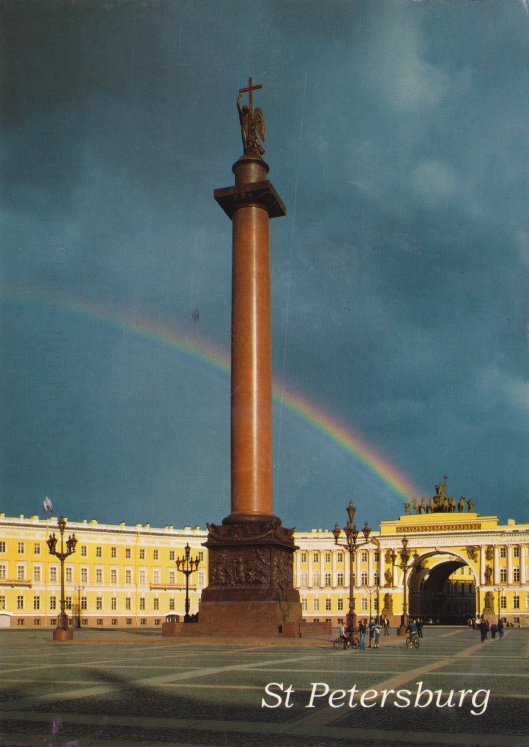 The first card is an official Postcrossing card and shows the Alexander column in the Palace Square, in front of the famed Winter Palace. The column was completed in 1834 to commemorate the Russian victory against Napoleon. It was named after the Tsar Alexander I. 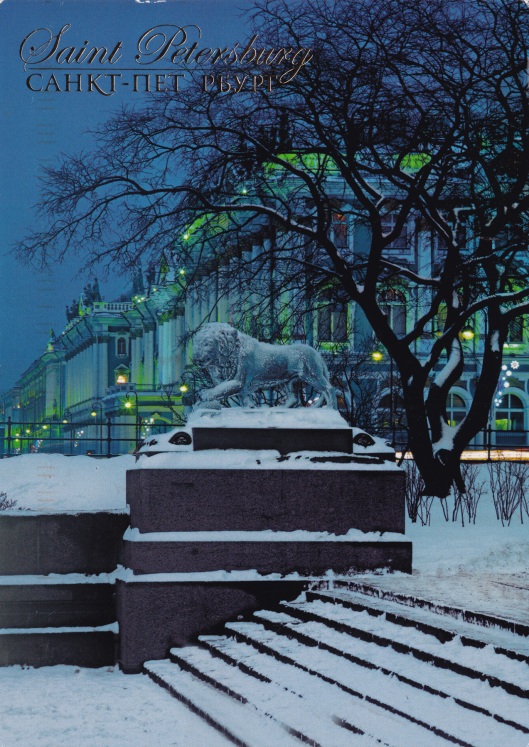 The second card, also from Postcrossing, shows a lion sculpture on the Palace Embankment, with a view of the Winter Palace in the background. The Winter Palace was the official home of the Russian tsars between 1732 and 1917. Peter the Great, the founder of Saint Petersburg, built the first Winter Palace on the site in the early 1700s. The current Winter Palace is an expansion of the Apraskin Palace that was undertaken by Tsaritsa Anna starting in 1732. 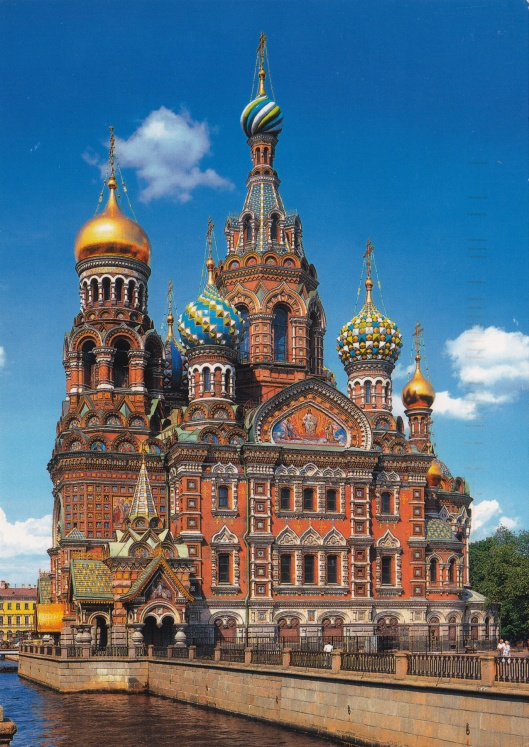 There were some new and interesting stamps on the cards, as you can see: 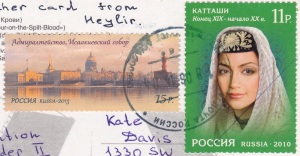 On the left is a stamp from 2013 showing the Admiralty Building and St. Isaac’s Cathedral in St. Petersburg. The stamp on the right is from 2010 and shows the Kattashi, a Russian headdress. 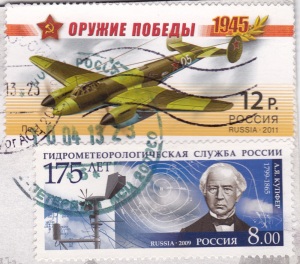 In the second set of stamps, on the top is a stamp from 2011 showing a Russian military aircraft. On the bottom is a stamp from 2009 showing Adolph Theodor Kupffer, a chemist and physicist who founded the Depot of Standard Weights and Measures in Russia.

Today I have two Postcrossing cards from the Netherlands showing some typical Dutch things: 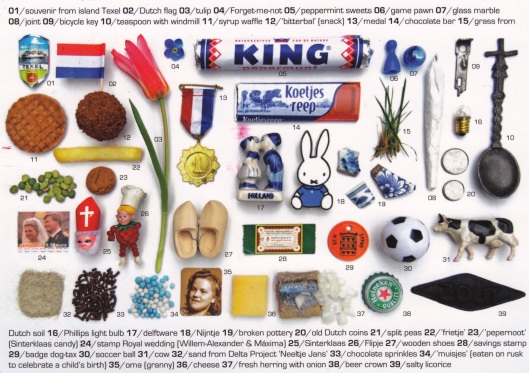 This first card shows many typical Dutch things and was designed by the niece of the sender, Femke Roefs. She has only designed two postcards, it seems, but they are both nice. 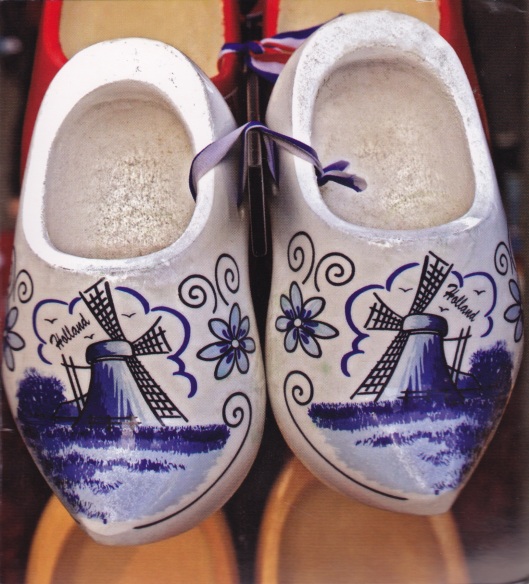 And this second card shows some ceramic clogs decorated with windmills in a Delft-style. It doesn’t seem to get more Dutch than that.